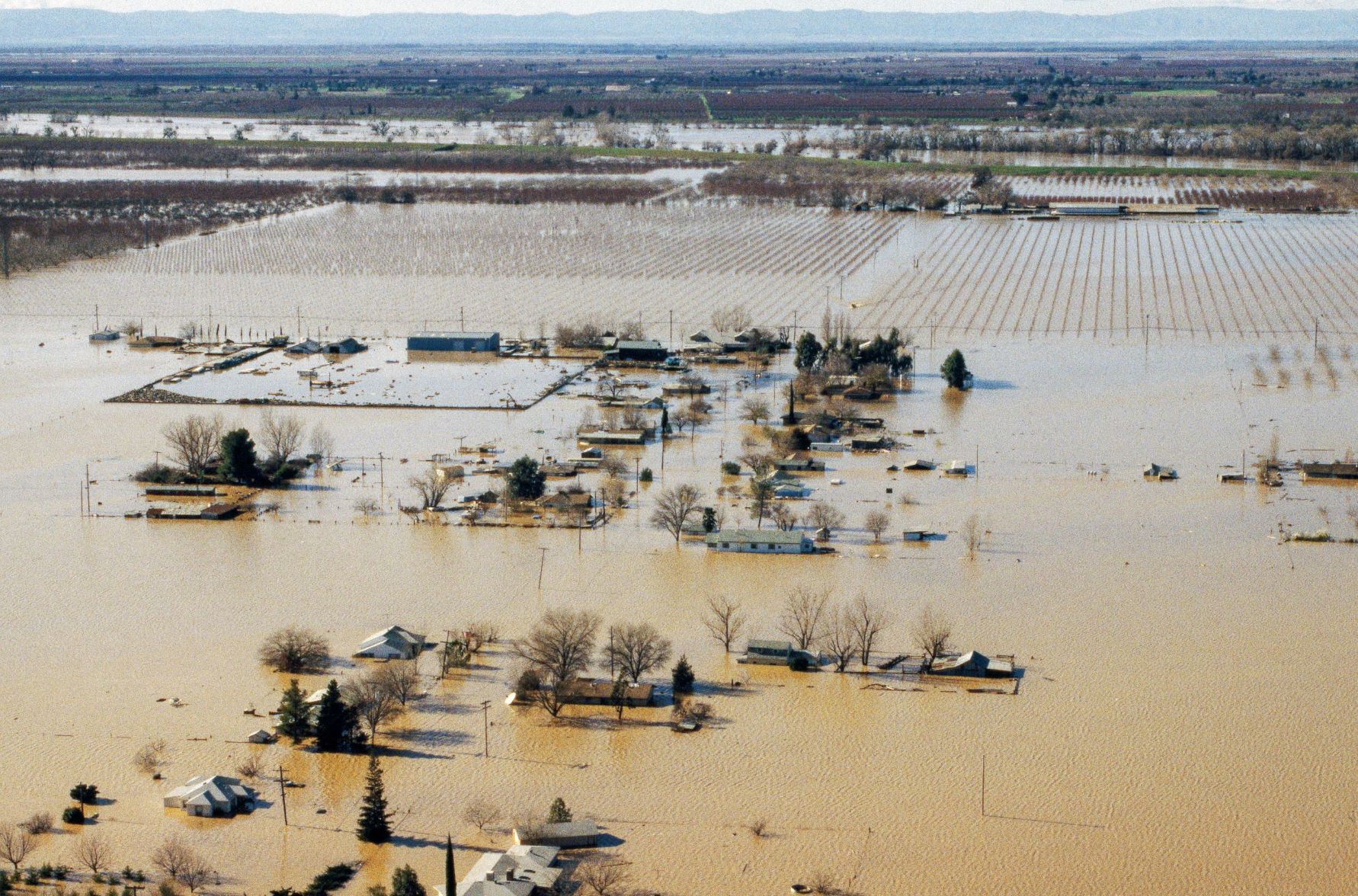 Floodwaters inundate Arboga in Yuba County south of Marysville following a levee break on the eastern bank of the Feather River. The break occurred after record rain and runoff in December and early January. Photo courtesy of DWR.

The New Year’s flood of 1997 was the largest in Northern California’s 115-year record in terms of storm intensity and runoff. With damages estimated at $1.8 billion, it was also the costliest. By the end of January, 48 of the state’s 58 counties were declared disaster areas due to high flows and subsequent flooding in nearly all of Northern California’s major rivers.

In Yuba County, floodwaters from a levee break in Arboga on the east bank of the Feather River claimed three lives, destroyed roughly 1,000 homes and resulted in millions of dollars in economic losses. The floods were particularly devastating for the region because many communities and businesses still hadn't recovered from similar flooding in 1986. The 1997 flood was considered a 100-year flood event.

In the 25 years since the 1997 New Year's flood, Yuba Water Agency, in partnership with Yuba County, local Reclamation Districts, the Three Rivers Levee Improvement Authority, the California Department of Water Resources, the U.S. Army Corps of Engineers and others, has spearheaded improvements that have resulted in Yuba County now being among the best-protected areas at risk of flooding in the state. These improvements include the Feather and Bear River setback levees, the Marysville Ring Levee, implementing Forecast-Coordinated Operations at Lake Oroville and New Bullards Bar Reservoir and partnering with leading researchers to better understand flood-causing storms like atmospheric rivers.

Scroll to read more about the 1997 flood's impacts on Yuba County, what's changed since then and Yuba Water's continued investments to reduce flood risk in our region.

Feature Story: 25 Years Since the New Year’s Flood of 1997 in Yuba County

Timeline of 1997 Flood in Yuba County and Recent Improvements

To adjust the timeline view, use the magnifying glass icons in the left-hand corner of the timeline. You can also view timeline in a separate webpage.