After the major flood in 1955, the people of Yuba County realized the necessity of building a dam to regulate water flows from the North Yuba River to protect residents and their property from catastrophic flooding. 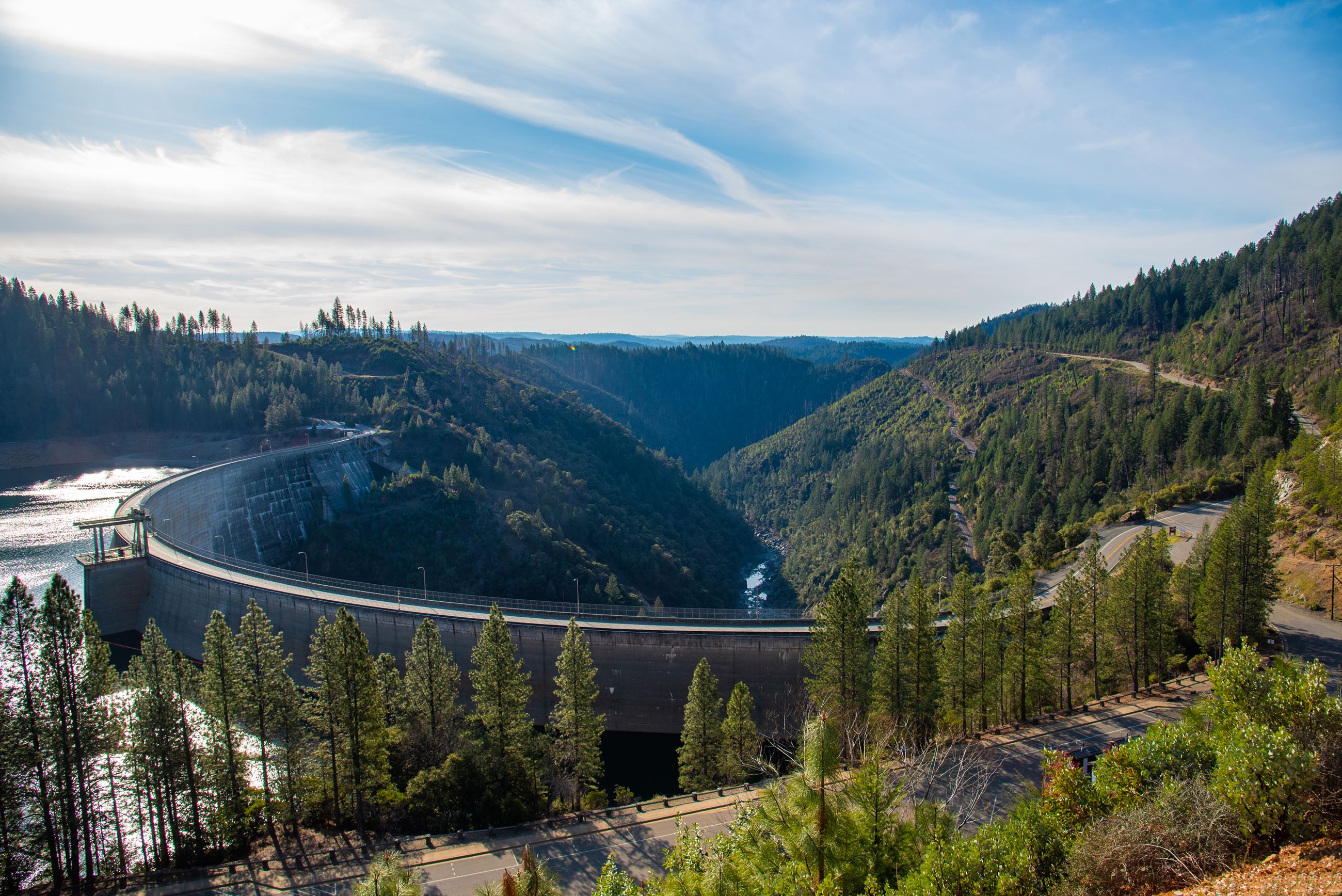 New Bullards Bar Dam and Reservoir was completed in 1970. The 64-story-high, 2,323-foot-long dam, located at the south end of the 16-mile-long reservoir, can store almost one million acre-feet of water, which flows from the North Yuba River, the Middle Yuba River and Oregon Creek. In a tribute to the project’s early supporters, 170,000 acre-feet of New Bullards Bar Reservoir’s capacity is dedicated solely to flood control.

The reservoir provides a prime recreation area and stores water for crop irrigation and energy generation. In addition, the storage it provides ensures a source of cool water for fishery enhancement downstream.

About 10 miles downstream from Yuba Water Agency’s New Colgate Powerhouse, the United States Army Corps of Engineers’ (USACE) Englebright Dam stands nearly 260 feet tall. Constructed by the California Debris Commission in 1941, the dam was built to safely contain mining debris from the Gold Rush that had been washed out of the upper watershed to the valley floor and into nearby rivers and streams, including the Yuba, Feather, and Sacramento Rivers.

The U.S. Geological Survey has determined that the dam safely stores over 28 million cubic yards of mining debris, some of it contaminated with arsenic, mercury, and other chemicals used with hydraulic mining practices during the Gold Rush. Englebright Dam presently prevents this sediment from washing down the river, where it could damage existing fish habitat and risk flooding population centers.

Two tunnels at the dam move water to the turbines that generate electricity in the Narrows 1 Powerhouse, owned and operated by the Pacific Gas and Electric Company (PG&E), and the Yuba Water Agency-owned Narrows 2 Powerhouse. The two powerhouse are located on opposite sides of the river.

Originally constructed in 1906 by the California Debris Commission, the 25-foot-tall Daguerre Point Dam was built to keep hydraulic mining debris from moving down the river where it would raise the riverbeds and further increase flood 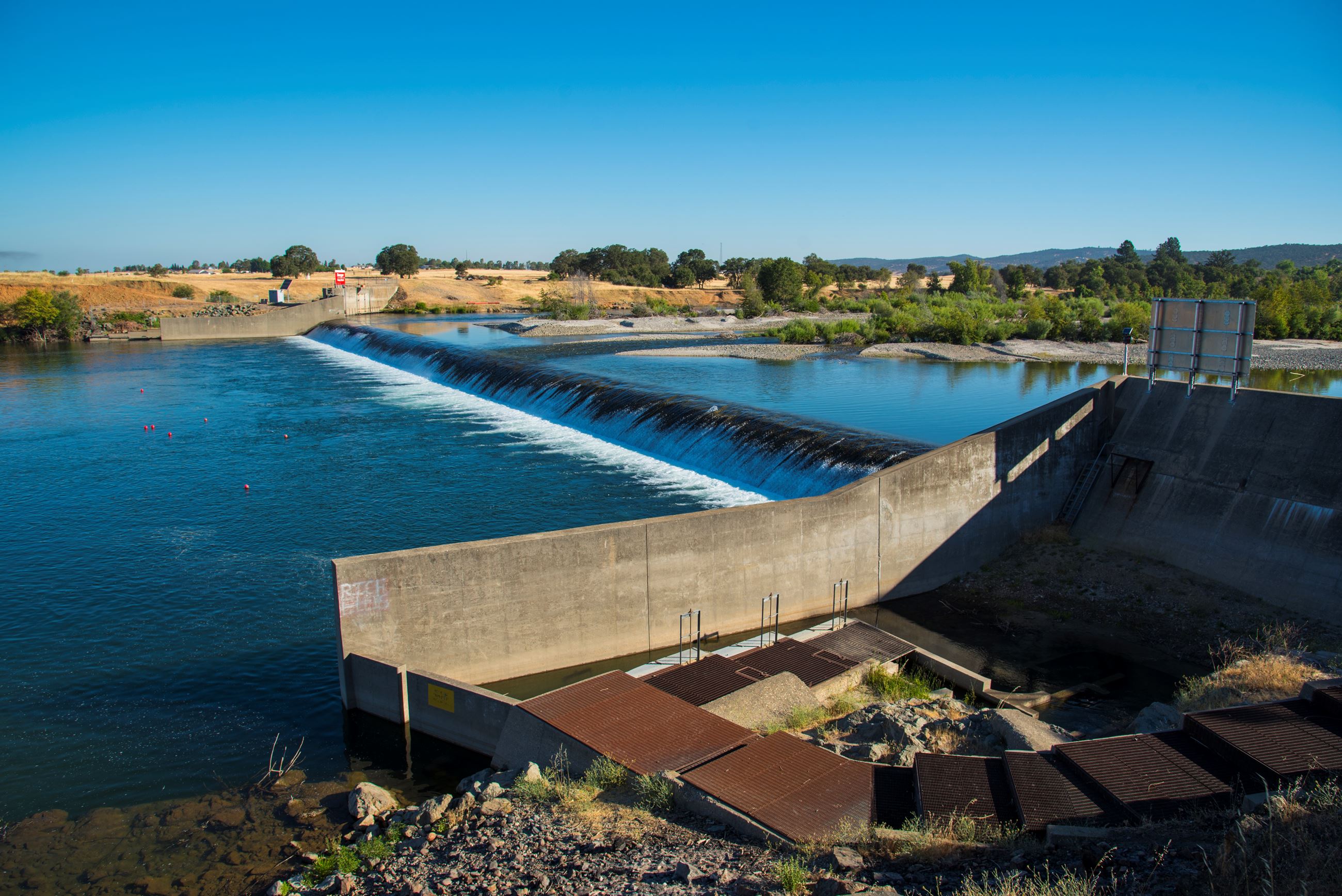 Now, owned, operated, and maintained by the USACE, this dam continues to meet its primary function of storing mining debris while also providing groundwater recharge and irrigation diversions for farmers whose property is north and south of the river.

Because mining debris has completely filled in behind the dam and raised the upstream riverbed, the lower Yuba River usually flows right over the top and face of the dam. There are fish ladders on both the north and south ends of the dam to help spawning salmon, steelhead, and other species on their journey up into the Yuba River.